The Chamber of Commerce and Industry (CCI) Paris Ile-de-France called for “more vigorous measures” in favour of traders affected by the transport strike, in a press release issued on Friday, while welcoming the aid already granted.

“The attractiveness of the capital is experiencing serious difficulties and the imminence of the end of year festivities intensifies the distress of professionals, including many independent businesses that are playing for their survival,” the CCI said in a statement published on the 16th day of the social movement against pension reform.

“In this very difficult time for our retailers, the exemption from terrace and display fees for the month of December” announced Thursday by the mayor of Paris, “is good news”, acknowledges Didier Kling, president of the CCI Paris Ile-de-France.This indirect aid amounts to EUR 2.5 million.But the “domino effect” of the transport strikes “penalises the entire ecosystem of the Paris region: commerce, tourism, congresses and trade fairs”, according to the Paris Chamber of Commerce and Industry, whose president is calling for “financial support measures, moratoria on social and tax debts, a temporary reduction in VAT and compensation for the businesses most affected”.

“Without a real emergency plan implemented by the state to deal with the economic risks of these social movements, the situation will become critical for all activity in the Ile-de-France region,” says Didier Kling.At the beginning of the week, representatives of retailers and hoteliers-restaurateurs had reported falls in activity ranging from 25% to 60%.

The mayor of Paris Anne Hidalgo for her part has already claimed Tuesday “compensation” for merchants in the capital. Most consumers decide to buy second-hand products due to the crisis.

For its part, the Government decided on 11 December to reactivate aid measures already used during the movement of the yellow jackets in order to respond in particular to the concerns of the tourism sector.Hotels and restaurants, in particular, will be able to benefit from staggered payment of their tax and social security contributions, short-time working and possibly Sunday opening permits. 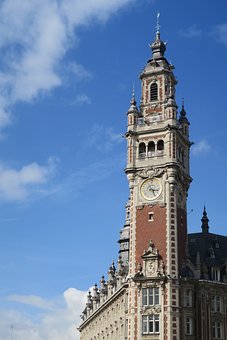